Culture in the Guianas

The Indigenous people in the Guianas are divided among different tribes

Native Americans or Indians were the first inhabitants of the Guianas. The many excavations in which consumables have been found prove this, but miraculous is the oldest archaeological finds, the 5000-year-old rock drawing in Avanavero in the south of Suriname.

transport of these groups. The Indigenous people in the Guianas are divided among different tribes, namely Caribbean, Arowaks, Akurios, Trio, Wayana and Wapisianes. They live on agricultural products that they plant themselves on their agricultural plot in the middle of the forest, such as cassava and bananas. They also go hunting and fishing to meet their protein needs. 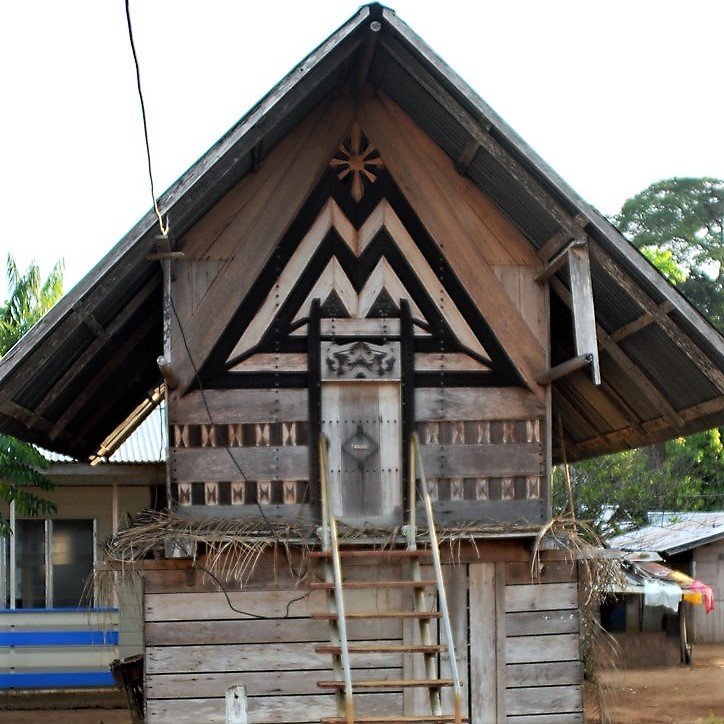 The Indigenous people did not turn out to be good workers for the plantations, and they were then devised to get Africans to work on the plantations. No sooner said than done, the first Africans arrived in the Caribbean around 1600 by boat and were put to work on the plantations. They turned out to be the perfect slave workers! The plantation economy also flourished during this period and the export of tropical crops (sugar, cocoa, coffee and cotton) to the Netherlands was a lucrative business. During this period many slaves fled into the forests because the conditions on the plantations were often very bad; long working hours, little food and the slaves often got hit when they did something that was forbidden. These runaway slaves were called Maroons (meaning runaway cattle). The slave trade came to an end after its abolition in 1863. To date, the Maroons / Bush Negros live in the forests in Suriname and form 5 tribes where they developed their own language and culture. The Upper Suriname River is inhabited by the largest tribe, the Saramacca maroon tribe. Maroons can be found in all the 3 Guianas.

All conquerors had to face these first rulers first! In stories you can read that the residents were bribed with mirrors so that the explorers could quietly set foot in order to found plantations. You guessed it… .These same inhabitants, first rulers of these areas, now had to work on the plantations! Many Native tribes then chose not to build their villages on the coast but further inland. Where they still live today! The Natives also still lead a nomadic existence, in other words they have no permanent residence and between the Guyanas there is also a lively