3 Guianas can encounter about 700 to 900 different bird species from 79 families.

In the 3 Guianas (Suriname, Guyana and French Guyana) can encounter about 700 to 900 different bird species from 79 families. In the cities you can already see about 200 species. The Guianas cover a total area of ​​460,000 km2, 12 times the size of the Netherlands… .and in these Guianas 80% of their forest is still untouched forest! Will be added. that they feature several Habitats such as Savannah grasslands, Mangrove forests and coastal swamps which are home to an abundance of intriguing birds. In addition, millions of migratory birds come along the coast, who only stay a few days to sleep and eat. 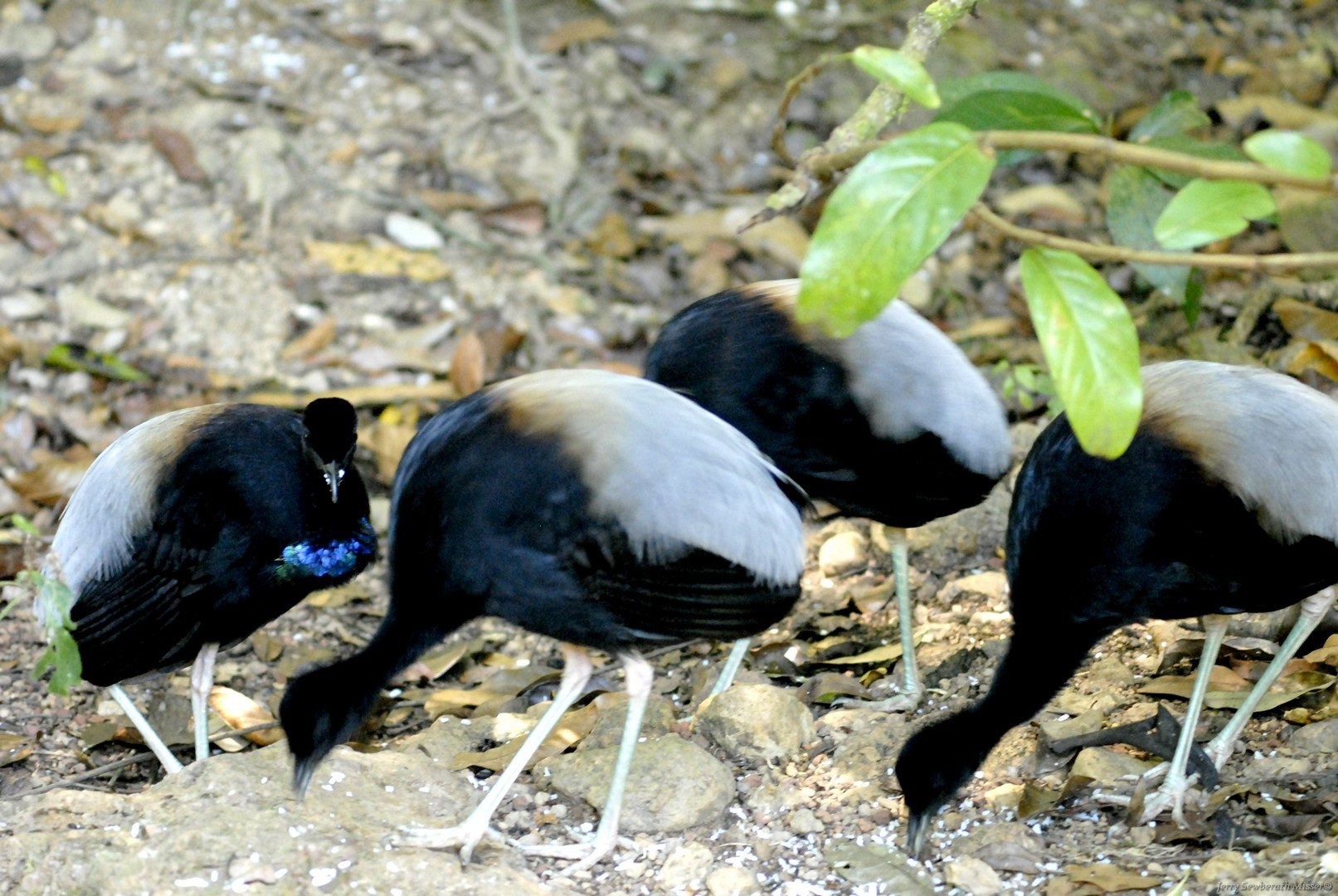 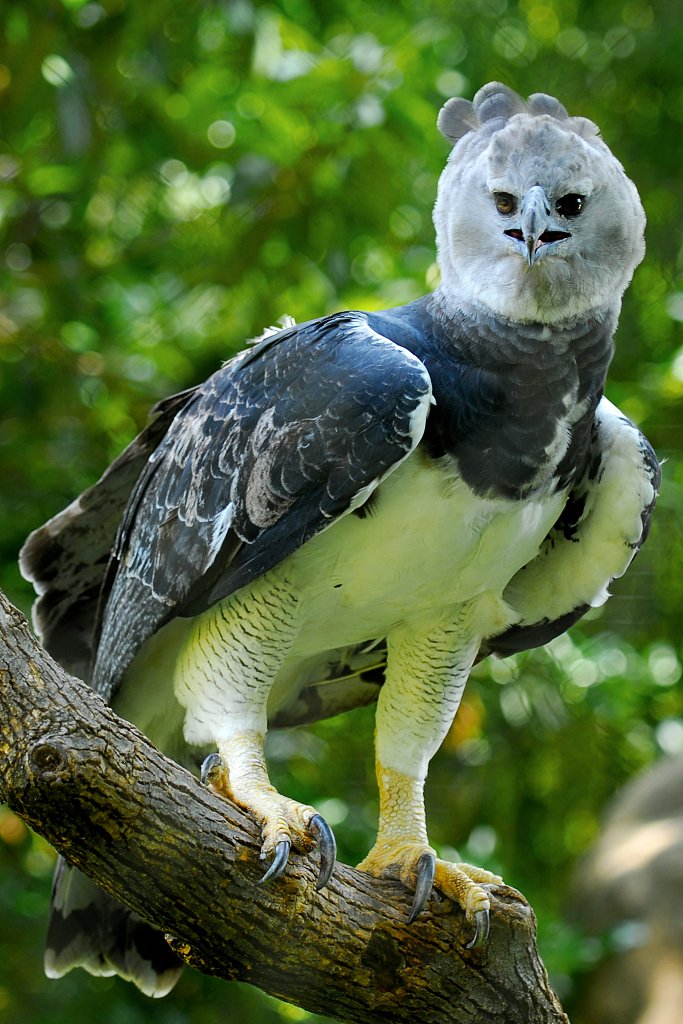 Of all the natural treasures in these tropical countries, the birds are a special highlight for nature lovers, with enough locations and places suitable for bird watchers. The avid enthusiasts can explore the coastal plain, the thickly forested rainforest, in the mountains, each with their own perfect spot from which the special species can be seen. During “Bird watching” trips, birdwatchers can encounter the coloured and famous Hoatzin, also the national bird of Guyana! Furthermore, the unique Harpy eagle and the brightly coloured Orange Rock Rooster. Visitors to the Guianas can look forward to the wide variety and colour of birds. Even I, who is not a fanatic bird watcher, can so intensely enjoy the call of the forest police in the forest! The Screaming Piha or Pipiyo,  a small bird  with its loud pie seems to warn other animals about the arrival of man and me! The best way for bird watchers to spot as many birds as possible on their trip to the Guiana is to stay in the middle of the areas where the birds they want to spot have been sighted. These are usually comfortable lodges in the forest or on the edge of rivers. As a birdwatcher you are not only a short walk at your destination but you can also take advantage of the knowledge of the local guides.

What other Amazon birds can you encounter?

While living in the city, I still can enjoy several birds who are singing beautiful songs from my balcony! To see Parakeets, Grikibi, and Kleine Ani, you don’t have to go far.  In the evening you see and hear  Amazon Parrots flying by looking for a place to sleep. Near gutters and channels you can certainly see the Sabaku ( a herron specie), looking for a nice fish. Suriname (and the Netherlands) also know the sport with songbirds. By the way, the largest order of birds is that of the songbirds. More than half of the birds on earth belong to which the Twa Twa and the Pikolet are very popular. Singing competitions are held every Sunday on the Independence Square (in Suriname)!

On the coast you will find large numbers of sea or migratory birds in the wetlands. A true wahalla for bird watchers! From the intense red Scarlet Ibis, Flamingos, to the Tjontjon and various snipes. Many snipe species from North America and Canada stay along the coast of Suriname during the northern winter. These are sea birds, which feed in salt water and breed in a different place than they hibernate. For this reason, on March 4, 1989, the Bigipan Reserve, along with the Wia Wia and Coppename Estuaria Nature Reserve, was linked as twin reserves to the Mary’s Point of Shepody National Wildlife Area and Shepody Bay nature reserves in New Brunswick, Canada. 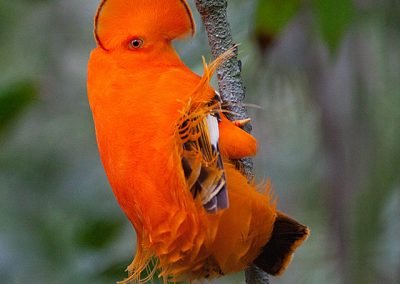 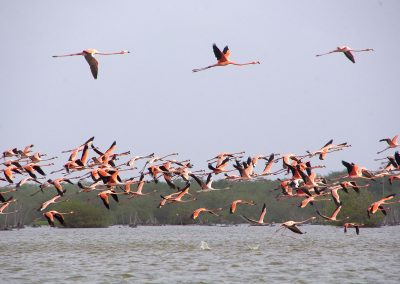 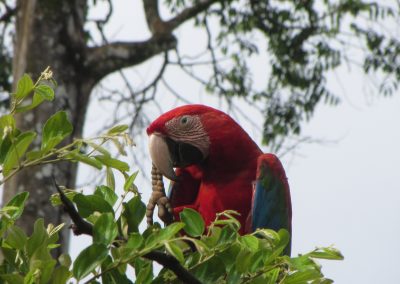 Birds in the jungle

During your walk through the thickly forested Amazon jungle in the Guianas you will encounter both the small fast Hummingbird and vultures. The vultures or raptors are carnivores and they hunt either on the ground, or in the air, or in the water. Birds of prey are day birds of prey and the only bird of prey that hunts at night is the owl. The birds I want to show you further are the American Kingfisher (it’s so small it doesn’t really live up to its name!), Kuyake, red and yellow Macaw, Trumpet bird and the Powisie. It is known about this bird that she likes to eat shiny snacks including gold nuggets. Gold diggers who worked for a boss kept them as pets and when they went on leave the Powisi disappeared into the jar and the contents of mag into the pocket of the “loving” owner.

French Guiana has 1 bird species that are considered endemic. Endemism or endemism is the phenomenon that an animal naturally occurs exclusively in one geographically defined area. If a species only occurs there, it is called an endemic or endemic species. This bird is in fact the Cayenne night swallow. The 3 Guianas located in South America are really a paradise for both bird watchers and bird lovers!

Information about birds with photos can be found in the book: Field Guide to the Birds of Suriname, 2015 by Arie Spaans, Otte H. Ottema, Jan Hein J. M. Ribot & Ber van Perlo (illustrations)